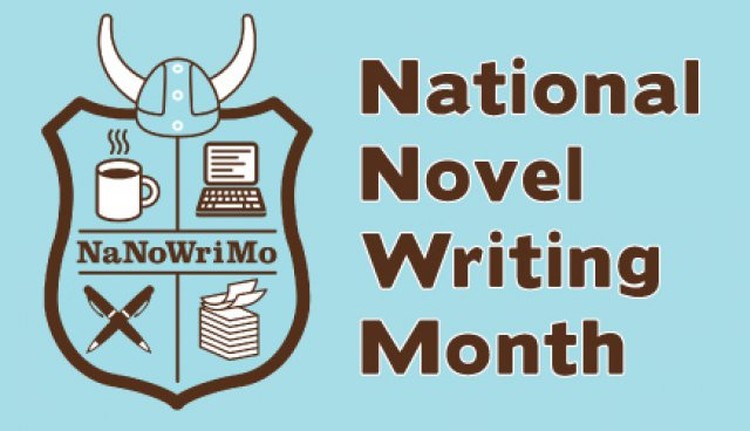 
Despite attracting just 21 participants in its first run, National Novel Writing Month (NaNoWriMo for short) has surged in popularity in recent years to become a worldwide event with over 200,000 participants.  Every November, free-form prose and involvement in the program’s active online community are strongly encouraged to help novice writers reach the 50,000 word mark, which is the minimum length of a novel.  The goal is not to have a finished product at the end of the month, but rather to see this challenging endeavor through to its end.  East Brunswick Public Library is here to help with this endeavor with a NaNoWriMo display featuring motivating writing advice and a collection of books inspired by this event, along with other hands-on programs such as writing workshops and an author panel on November 29th.  Here’s a peak into the creative genius that was brought to light by National Novel Writing Month:

The Night Circus, written by Erin Morgenstern in 2004, started as a loose idea filled with disjointed characters and plot lines.  It remained this way for years before she thoroughly edited it into a cohesive fantasy novel that would go on to become a New York Times Bestseller.  Wool is a dystopian science fiction novel about the overwhelming, often destructive power of curiosity.  Set in a bleak future where humanity is forced to live their entire lives inside, this 2011 book concerns those who dare to dream about a life free from such physical constraints.  Originally published as an eBook, Wool’s success helped to popularize self-publishing as a viable career path.

Having already written such hits as Attachments and Eleanor & Park, Rainbow Rowell still looked to NaNoWriMo for motivation.  What emerged from this personal challenge was the 2013 smash hit Fangirl, a touching coming-of-age story about the intersection of fan fiction and teenage romance.  Rowell credits the project with inspiring “some of the bravest writing” she has done so far.  Water for Elephants, adapted into a film starring Robert Pattinson and Reese Witherspoon, also started as a NaNoWriMo pursuit.  It uses the escapism of a romantic affair set at a circus to distract from the treachery of the Great Depression in a deeply affecting manner.

These examples demonstrate that, regardless of your particular genre of interest or personal writing approach, there is creativity lurking within all of us.