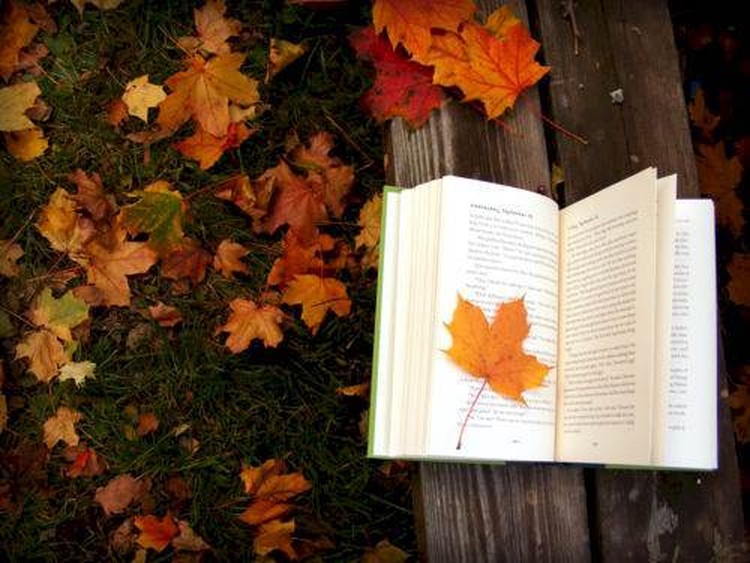 
As the leaves change with the season, so do our reading habits.  We find ourselves craving literature that matches the mood and atmosphere of the time of year.  Autumn takes on a more somber feel, one marked by wistfulness that conjures images of leaf-laden ponds and bare trees.  Below are some reading materials that evoke these emotions and puts us right into the fall setting, all of which are available through the East Brunswick Public Library catalog:

The Legend of Sleepy Hollow by Washington Irving
One of the earliest works of American fiction to fit this description, Washington Irving fills this 1820 short story with haunting imagery and superstition.  Major plot points focus on an eerie cemetery, a harvest party, and the ride of the Headless Horseman, all of which create a feeling of gloominess and unease.
Bonus content: We have the 1999 film Sleepy Hollow that stars Johnny Depp and was skillfully adapted by Tim Burton.  EBPL cardholders also have access to the Sleepy Hollow comic book series through the streaming service Hoopla, which can be accessed on our website’s homepage.

The Woman in Cabin 10 by Ruth Ware
The beginning of this novel doesn’t appear to fit the category as journalist Lo Blacklock takes a trip on a plush and pleasant cruise.  Grey skies and an intense claustrophobia set in as she sees a passenger thrown overboard.  Still, as every cabin occupant remains accounted for, she must battle self-doubt while uncovering the crime she thought she saw.
The Graveyard Book by Neil Gaiman
This Neil Gaiman tale follows Bod Owens, a child adopted by the supernatural inhabitants of a graveyard after his parents were murdered.  His paranormal companions, a cast of characters including ghosts, a werewolf, a vampire, and a witch, guide his path to adulthood.  Bod’s reluctance to grow up and ability to forge lasting relationships with these creatures is sweet and sad in equal doses.

The Hound of the Baskervilles by Arthur Conan Doyle
One of the many Sherlock Holmes stories available at EBPL, this novel follows the famous duo’s attempt to make sense of a murder by a supposedly demonic hound.  Fans of the BBC series Sherlock are sure to recognize the episode’s dreary, overcast setting.  The Baskervilles’ secluded, haunted mansion lays the foundation for a mystery filled with peril and tension that will keep the reader guessing to the very end.
Add a Comment