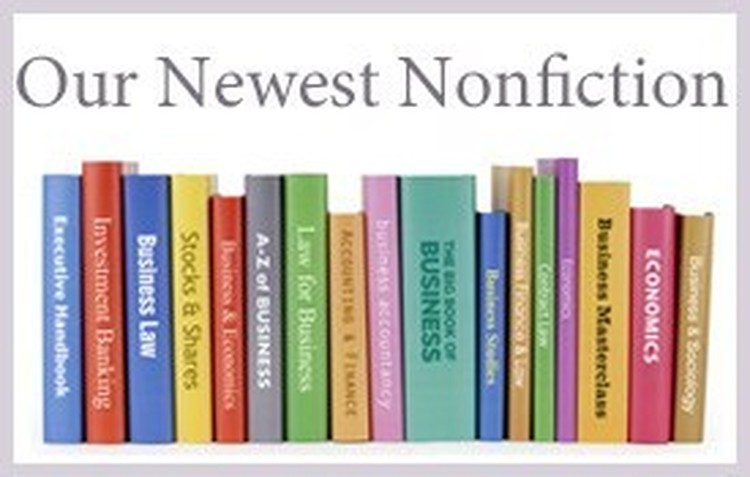 We are currently in the midst of the fall publishing season, and you’ll see new releases from some big names: Malcolm Gladwell, Patti Smith, Edward Snowden and Tegan & Sara, just to name a few. Happy reading!

Talking to Strangers by Malcolm Gladwell
Talking to Strangers is a classically Gladwellian intellectual adventure, a challenging and controversial excursion through history, psychology, and scandals taken straight from the news. The author argues that because we don't know how to talk to strangers, we are inviting conflict and misunderstanding in ways that have a profound effect on our lives and our world. In his first book since his #1 bestseller, David and Goliath, Malcolm Gladwell has written a gripping guidebook for troubled times.

Everything is Figureoutable by Marie Forleo
From the host of the award-winning MarieTV and The Marie Forleo Podcast, an indispensable handbook for becoming the creative force of your own life. While most self-help books offer quick fixes, Everything is Figureoutable will retrain your brain to think more creatively and positively in the face of setbacks. In the words of Cheryl Strayed, it's "a must-read for anyone who wants to face their fears, fulfill their dreams, and find a better way forward."

How To by Randall Munroe
For any task you might want to do, there's a right way, a wrong way, and a way so complex and inadvisable that no one would ever try it. How To is a guide to the third kind of approach. It's full of highly impractical advice for everything from landing a plane to digging a hole.  By exploring the most complicated ways to do simple tasks, Munroe doesn't just make things difficult for himself and his readers. Munroe invites us to explore the most absurd reaches of the possible. Full of clever infographics and fun illustrations, How To is a delightfully mind-bending way to better understand the science and technology underlying the things we do every day.

Permanent Record by Edward Snowden
In 2013, twenty-nine-year-old Edward Snowden shocked the world when he broke with the American intelligence establishment and revealed that the United States government was secretly pursuing the means to collect every single phone call, text message, and email. The result would be an unprecedented system of mass surveillance with the ability to pry into the private lives of every person on earth. Six years later, Snowden reveals for the very first time how he helped to build this system and why he was moved to expose it.

Year of the Monkey by Patti Smith
From the National Book Award-winning author of Just Kids and M Train, a profound, beautifully realized memoir in which dreams and reality are vividly woven into a tapestry of one transformative year. Riveting, elegant, often humorous, illustrated by Smith's signature Polaroids, Year of the Monkey is a moving and original work, a touchstone for our turbulent times.

Over the Top by Jonathan Van Ness
Over the Top uncovers the pain and passion it took to end up becoming the model of self-love and acceptance that Jonathan is today. In this revelatory, raw, and rambunctious memoir, Jonathan shares never-before-told secrets and reveals sides of himself that the public has never seen. JVN fans may think they know the man behind the stiletto heels, the crop tops, and the iconic sayings, but there’s much more to him than meets the Queer Eye.
You’ll laugh, you’ll cry, and you’ll come away knowing that no matter how broken or lost you may be, you’re a Kelly Clarkson song, you’re strong, and you’ve got this.
Add a Comment