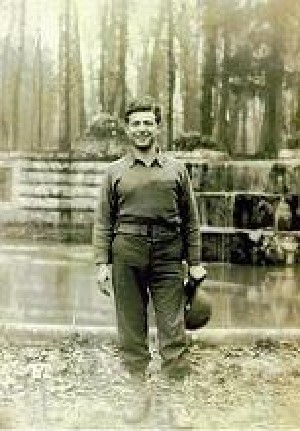 World War II Veteran Speaks About His Experiences as a POW on Nov. 5th


Bernard Rader discusses his experience as a WWII POW and the brave efforts of an American Red Cross volunteer in freeing him.

Bernard Rader was wounded and captured by the Germans during fighting in France in 1944. Bernard and other American men were eventually freed thanks to the brave efforts of an American Red Cross volunteer who spearheaded an unprecedented POW exchange with the Germans. This story is the subject of an award winning video made in 2001. Join Mr. Rader as he shares this video presentation and recounts his experiences about being a WWII POW during our “Salute to Veterans” program at the East Brunswick Public Library on Wednesday, November 5 at 1:00 p.m. This program is co-sponsored by Brandeis National Committee, Middlesex Chapter and the East Brunswick Library. All are welcome to attend.

Bernard Rader was a member of a platoon during World War II, which was ambushed by the Germans. One of the American prisoners was able to get a letter out to the American Red Cross, describing their plight. Through the brave efforts of a Red Cross volunteer, the only POW exchange ever made between Germany and the allied troops took place, freeing 149 American prisoners. 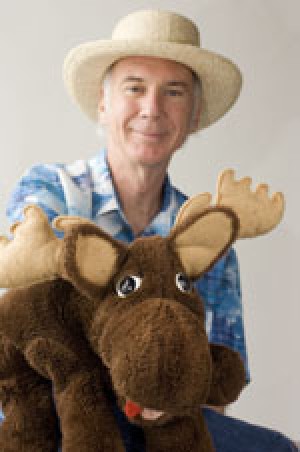 The 2008 Storytelling program schedule is:

According to the Denton (TX) Record Chronicle "Willy Claflin was the biggest hit at the National Storytelling Festival. Every event that he appeared in was packed with standing room only." Accompanied by his faithful sidekick Maynard Moose, Willy Claflin has brought his unhinged comedy and musical surprises to stages across the country and beyond, from California to Cape Clear, Ireland. Willy has been a headliner for many years at the National Storytelling Festival in Jonseborough, Tennessee, and has headlined National Story Night, which kicks off the Festival. He has released nine award-winning recordings, and has been the recipient of numerous storytelling awards. 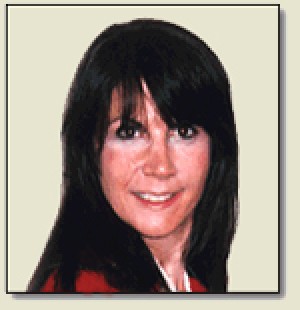 
You may consider yourself a friend of The Library, but are you a Friend with a capital-“F”?

The schedule for the Author Series is:

Award-winning author, Chris Grabenstein, known for his popular John Ceepak mysteries “Tilt A Whirl”, “Mad Mouse” ,“Whack A Mole” and his latest, “Hell Hole”, will discuss his love of mysteries and his first young adult mystery/ghost story, “The Crossroads.”

Saturday, November 15, 2008 - 2:00-3:30 p.m.
Manny Luftglass Fishing in New Jersey: Freshwater and Salt
Manny Luftglass, author of 14 books about fishing, will be here to talk about fishing in Spruce Run and Round Valley Reservoirs, Lake Hopatcong, and saltwater hot spots and styles. Attendees will also receive a fishing hook featured in his talk (while supplies last). Audience participation will be greatly appreciated! Fishermen (fisherpeople!) of all ages welcome!

Formed in 1967, the Friends have helped keep The Library at the cutting edge of information and cultural services. By helping to soften the blow of harsh fiscal realities, and by providing so many of the “extras” that make The Library an exceptional example to this and other communities, the Friends are an invaluable and essential resource. Friends’ membership applications are available at the library, and you will also be able to join or renew your membership at any of these events. 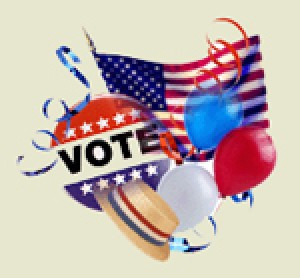 Obama or McCain? Duck or Pigeon? Still Undecided? The Library is Your One-Stop Source for Election Info.

This month, the burning question is: who should I vote for? We can’t tell you that, but The East Brunswick Library can help you to make an informed decision by offering various election resources.

Voter Registration and Absentee Ballot Application Forms
October 10-13 from 9:00 am – 9:00 pm.
The Library makes it easy - simply come in and complete an application form, available in English, Spanish, Korean and Mandarin. Forms must be received (not postmarked) by the Township Clerk’s office by October 14th. It is highly recommended that your completed forms be hand-delivered, not mailed, to the Clerk’s Office in the Municipal Building across from the Library.

Recommended Websites: Best of the Web – Politics and Government
Get the facts about the Candidates who will appear on East Brunswick ballots in our Best of the Web – Politics and Government section.  2008 Election – the Candidates has a plethora of information about national and local candidates, including their campaign websites, contact information, as well as links to their profiles from organizations such as Project Vote Smart and the Eagleton Institute.

To access these pages, go to www.ebpl.org, mouse-over on Research tools in the left navigation bar, scroll to Recommended Websites and click on the Politics and Government link.

EBTV Election Coverage
The schedule for local election coverage is as follows:

EBTV will televise the Profiles and the Debates in a four-hour block of political programming, from 6 to 10 p.m., on Monday, November 3. Watch EBTV for preliminary election results after 10 p.m. on Tuesday, November 4.

Youth Services Kids Elections: Duck vs. Pigeon
Kids get involved in the election process too! Go to ebpl.org/kids for more info and to find out what your candidate “stands for.” Duck will work for cleaner water and wi-fi on every farm. Pigeon will work for later bedtimes and hot dogs for everyone. Who should win? Last day to vote is Election Day, November 4th. Votes will be tallied and announced on November 5th – good luck to all of our fine feathered-friend candidates! 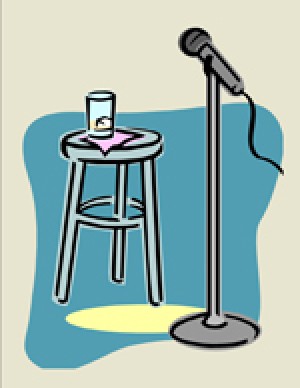 
Next Open Mic Night on October 16 at 7pm. Registration required - winner will be awarded prize.

Congratulations to Steve Gartzman, winner of The Library’s first-ever Open Mic Night. Mr. Gartzman, a Rutgers University student, was the recipient of a $50 Barnes and Noble gift card. He performed his own original music and cover songs on an acoustic guitar. Gartzman explained that he used to participate in other area Open Mic Nights, but many have since been discontinued, and new ones have been hard to find. He was thrilled to find that The Library is filling this void.

The Library has since learned that Middlesex County has many talented people that are in need of a venue to showcase their performances.  In response, we are expanding our Open Mic Night series throughout the fall and into the winter months. The next Open Mic Night will be on October 16th at 7 p.m. in the Library Café. Registration for performers is required and can be done either online or at the information desk. Performance spots are filling up quickly, so we advise you to register as soon as possible.

All participants are invited to bring their original poetry, monologues, comedy or musical acts to share with their peers. Audience members will vote for a favorite act and the winner will receive a prize. Material must be appropriate for an open, public forum and limited to 15 minutes per participant. All performers will receive a free beverage from the Café.

The Library will be continuing their popular Open Mic Night series with additional scheduled dates on November 20th and December 30th, 7-9pm. For more information or to register, please call 732-390-6767.

World War II Veteran Speaks About His Experiences as a POW on Nov. 5th

Obama or McCain? Duck or Pigeon? Still Undecided? The Library is Your One-Stop Source for Election Info.