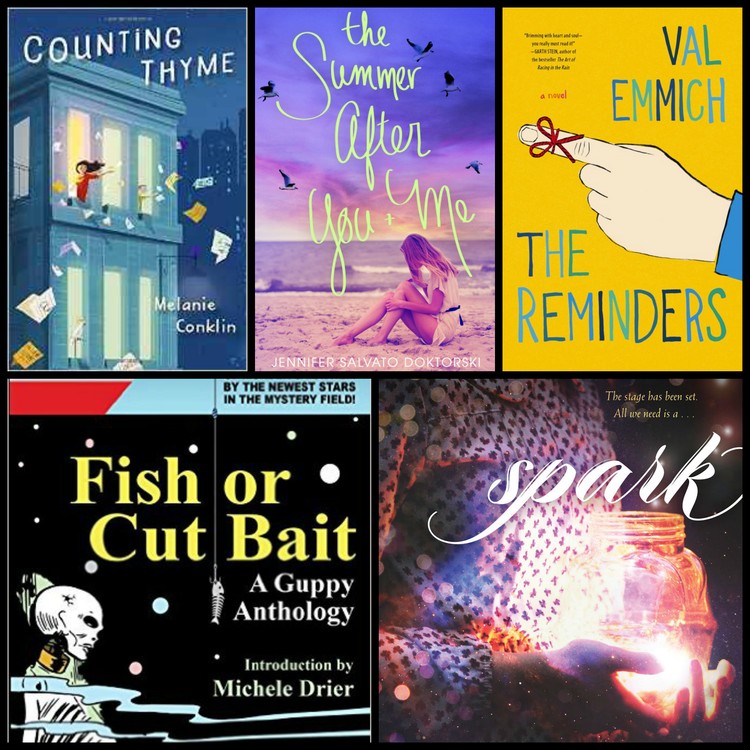 Author Panel on "From Rough Draft to Book Deal" Tonight

The writing process, critique groups, query letters, agents, and self-publishing vs. traditional publishing will be among the topics discussed.  Attend if you are writing a book, have written a book, or simply interested in learning about how to go from the proverbial slush pile to published author.

This panel is moderated by local award-winning author Jennifer Salvato Doktorksi, and is free and open to the public. Raffle prizes, light refreshments, and a book signing will follow the program.

Melanie Conklin is a writer, reader, and life-long lover of books. She lives in South Orange, New Jersey with her husband and two small maniacs, who are thankfully booklovers, too. Melanie spent a decade as a product designer and approaches her writing with the same three-dimensional thinking and fastidious attention to detail. Counting Thyme (Penguin, April 2016) is her debut middle grade novel.

Jennifer Salvato Doktorski is the author of the YA novels, How My Summer Went Up in Flames (Simon Pulse), Famous Last Words (Henry Holt and Co.), a Bank Street College Best Children’s Book of the Year, The Summer After You & Me (Sourcebooks Fire), which was nominated for a YALSA’s Teens’ Top Ten Award, and the forthcoming August & Everything After (Sourcebooks Fire 2018). She lives with her family in East Brunswick, New Jersey and her summers are spent “down the shore,” where she dreams of taking surfing lessons and observes sea life while keeping her toes in the sand.

Dubbed a “Renaissance Man” by the New York Post, Val Emmich is a writer, a singer-songwriter, and an actor. He’s had recurring roles on HBO’s Vinyl and ABC’s Ugly Betty, as well as a memorable guest role as Tina Fey’s coffee-boy fling, Jamie, on NBC’s 30 Rock. Emmich lives in Jersey City, New Jersey, with his wife and their two children. The Reminders is his first novel.

Chelle Martin is a member of MWA, RWA, and SinC, serving as the current president of the SinC Central Jersey chapter. Her short mysteries have been published by various small presses and in numerous issues of Princeton's US 1 Summer Fiction. While Chelle considers herself a short story writer, she is working on the first novel of her proposed Dog Mom Mysteries series which she describes as Seinfeld meets Mary Higgins Clark.

Holly Schindler’s award-winning traditionally published books have received starred reviews in PW and Booklist; The Junction of Sunshine and Lucky is nominated for this year’s Sequoyah and Mark Twain Awards. She’s been an Amazon bestseller with her independently published work, and has experience in all aspects of the publishing process—formatting, copyediting, cover creation, even illustration and interior book design. Latest releases include Spark (YA / HarperCollins) and the magical, independently published Forever Finley series. 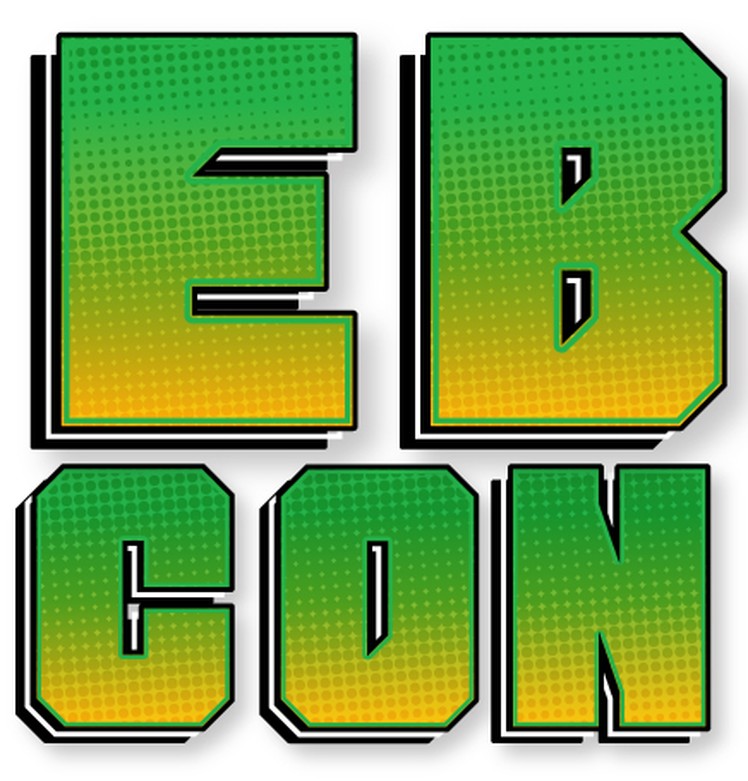 
Join us this Saturday, December 3 (12-4 pm) for a day long celebration of comics, video games and more!
Read More 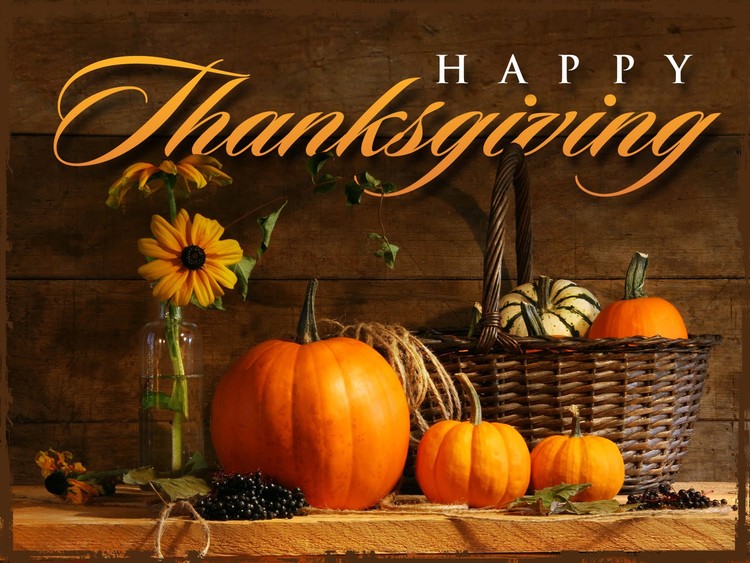 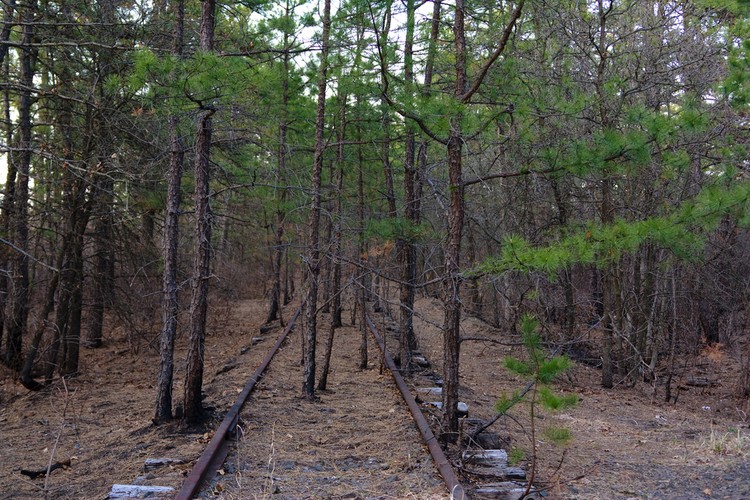 
Join us on Thursday 11/17 at 7PM for a lecture with natural historian Mark Demitroff as he shares tales from his childhood in the Pine Barrens.
Read More

Local natural historian Mark Demitroff grew up on a western Atlantic County poultry farm. There he enjoyed hearing tales told by neighbors, farmhands, and family members about odd happenings in the piney woods and dense swamps behind his village. Mark will spin a few yarns about ghosts, demons, and darksome fathomless pools with sinister qualities. Several traditional stories were passed down from the speaker’s Ukrainian heritage. Folklore, once an everyday form of entertainment, has lost its former importance but fortunately is not quite forgotten.

Mark Demitroff is a native Pinelands natural historian and tree expert who publishes and lectures internationally on South Jersey’s Ice Age geology. He is an adjunct instructor at Stockton University and a board member of Stockton’s South Jersey Culture and History Center,  Vineland Historical and Antiquarian Society, and the United States Permafrost Association. 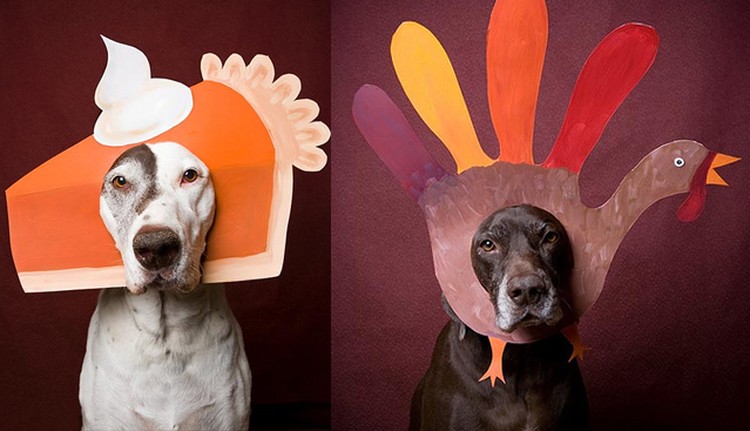 
Preventing your pet from poisonous household dangers this Thanksgiving.

Pet Poison Helpline and AKC Reunite want to wish you, your family and your furry friends a safe and Happy Turkey Day! During this time of family, friends and festivities, we also want to help prevent your pet from some potentially poisonous household dangers common during the week of Thanksgiving. 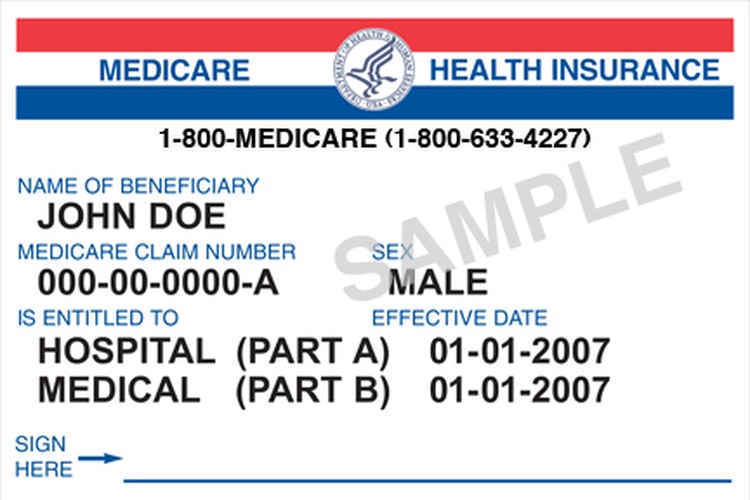 At this workshop, you will learn:

Sponsored by the library's "Just for the Health of It" initiative to promote community health and wellness. 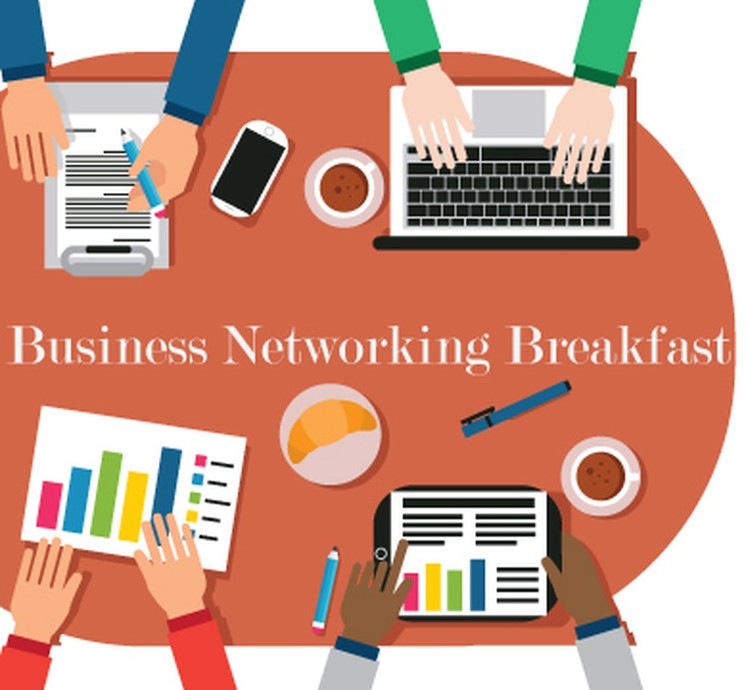 Business Networking Breakfast was a success


The event hosted at the library on Nov. 3rd gathered local business owners who were able to promote their services. Watch the video. 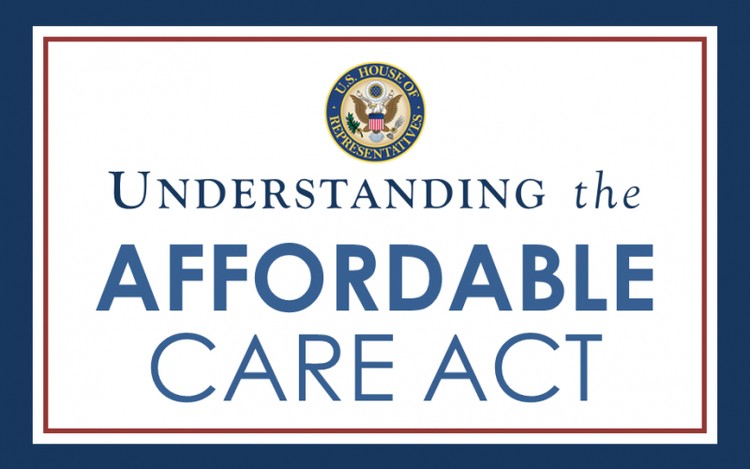 
Do you need help with enrolling for the Affordable Care Act? Trained, certified counselors will be at the library and provide information about health care options and assist in completing health insurance applications. Scheduling appointments is highly recommended.
Read More

What to bring to your appointment (For all household members): 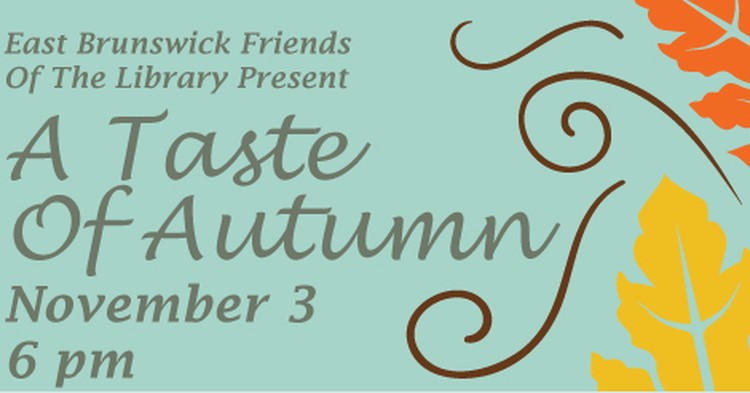 "A Taste Of Autumn" This Evening


The East Brunswick Friends of the Library host the food tasting fundraiser “A Taste Of Autumn,” on Thursday, November 3 at 6 pm. 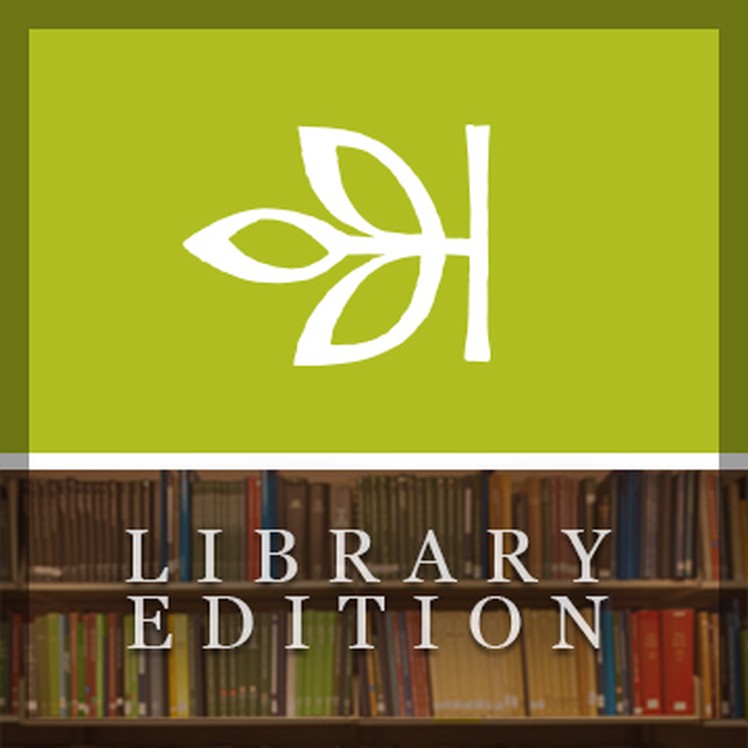 
Register now for this computer training class on Wednesday from 7-9.


On Sunday at 2PM, enjoy music from the 1940s through the 1980s with special renditions from the Four Seasons; Beach Boys; Drifters; Classic rock songs and Classic songs from the great American song book.

Rhythm N’ Sound is a trio consisting of musicians who have performed in many venues throughout New Jersey. 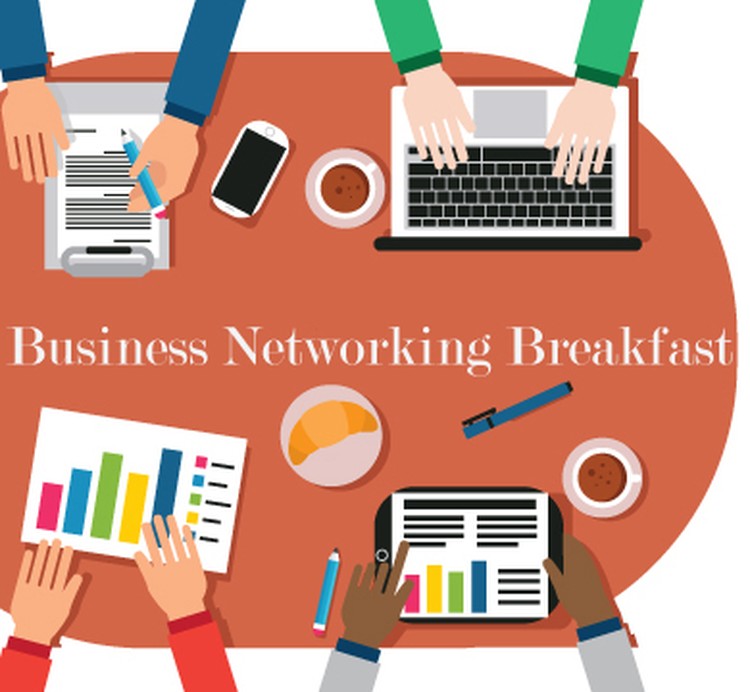 
Are you a small business owner or manage a business in the Middlesex County area? Would you like to connect with other local businesses? EBPL will host a business networking breakfast on Thursday, November 3 from 8 to 9:30 am. Read More

Author Panel on "From Rough Draft to Book Deal" Tonight

Business Networking Breakfast was a success

"A Taste Of Autumn" This Evening