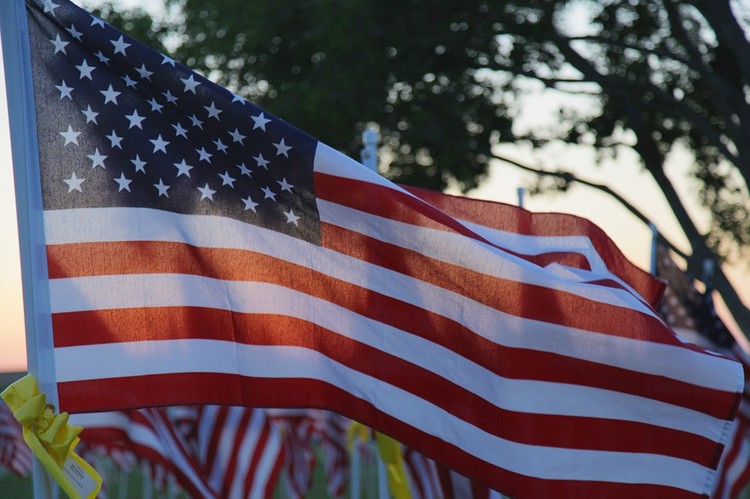 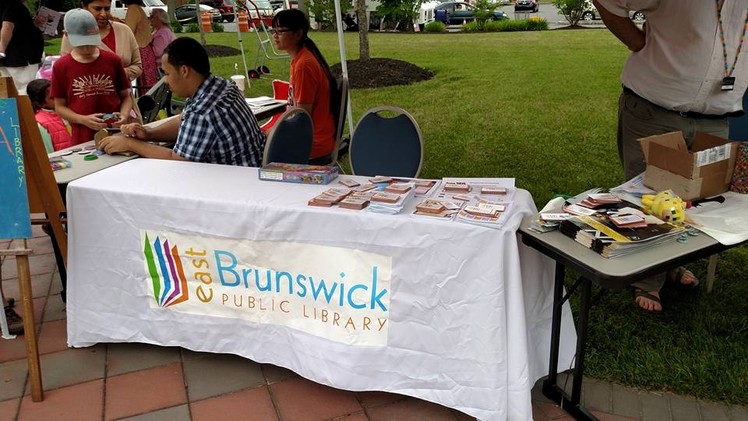 
We're officially part of the Arts Festival, and have a lot of neat programs throughout the day. Check them out here! Read More 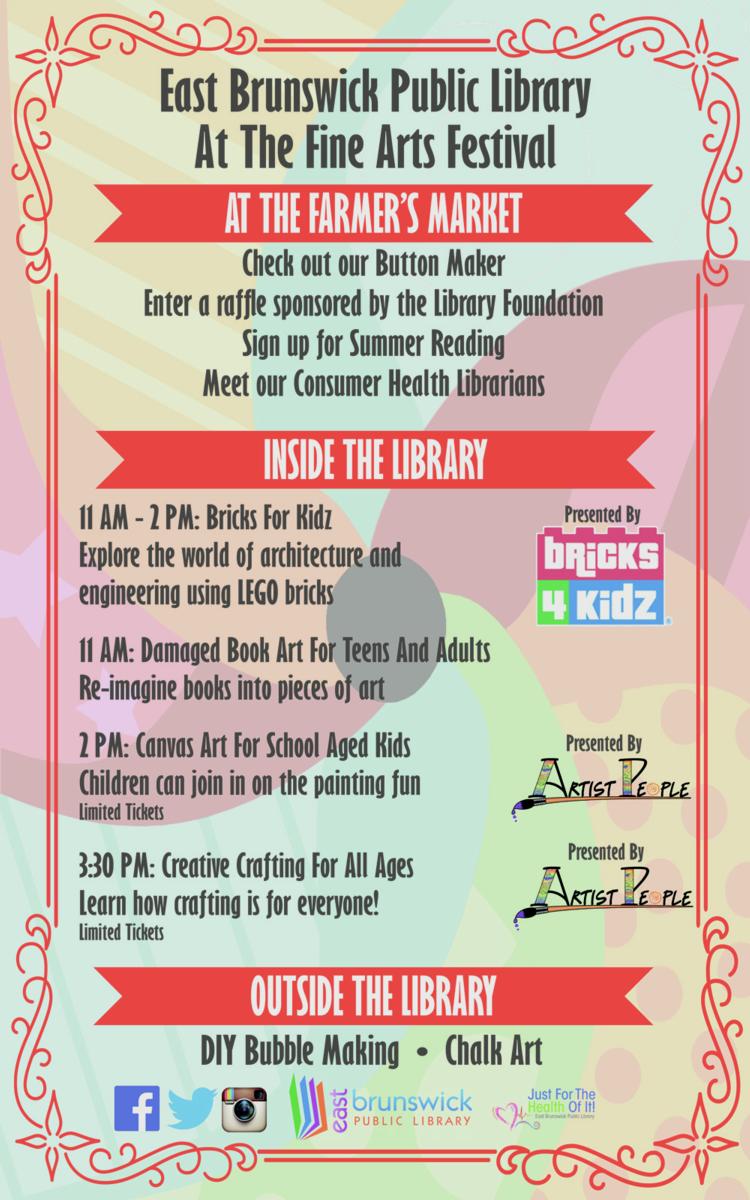 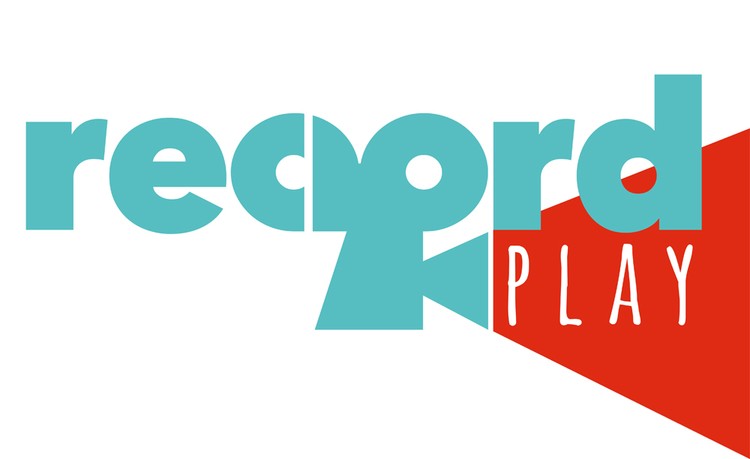 
We're announcing our third-annual Record.Play Film Competition and Festival. This year’s competition accepts film submissions from New Jersey residents and students in three categories: youth (12 and under); teens (13 to 18); and adults (19 and older). Read More

"The Record.Play committee chose the theme Explore for 2016 because it can be interpreted in so many ways.  We are very excited to see how New Jersey filmmakers run with it," says Teen Services Librarian Jessica Schneider.

Submissions must be received no later than Sunday, June 5th.  Rules and complete submission guidelines can be found online at www.ebpl.org/recordplay . Check out the Library's May calendar for upcoming filmmaking events for all ages. 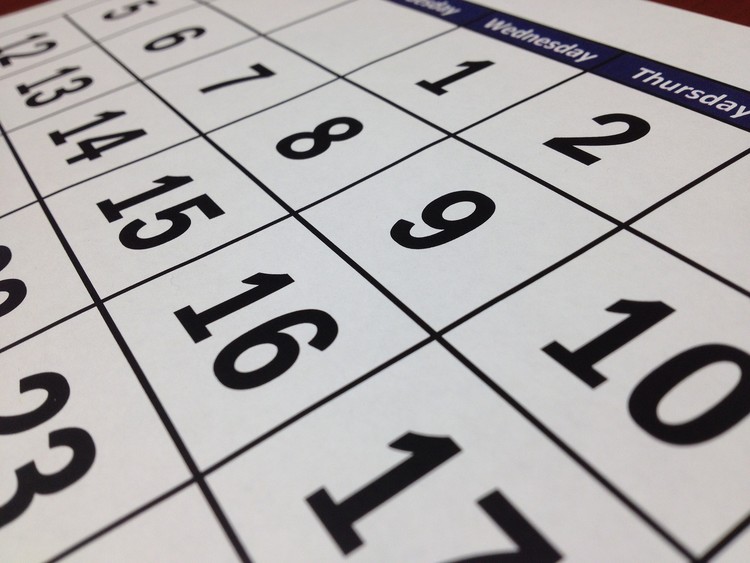 
Check out our June newsletter by clicking here!

"Jews of Russia" Program May 15


On Sunday, May 15 at 2 p.m., the East Brunswick Public Library will present a program of lectures and music, produced and directed by Michael Kesler, on “The Jews of Russia before World War II.” This program is free and all are welcome. Read More

The program is the third in an annual series which presents the culture and history of the Jews of Eastern Europe before the Holocaust as a way to commemorate the catastrophe’s victims.  Previous events in the series highlighted the Jews of Ukraine (2014) and the Jews of Poland (2015).  This year’s event will cover Russia proper during the nineteenth and early twentieth centuries.  That period witnessed a spectacular migration of Jews from the Ukraine and Belarus, when Tsar Alexander the Second, “the Liberator,” freed them from confinement in the so-called Pale of Settlement.  Many of them found their way to the major Russian cities of St. Petersburg, Moscow, and Odessa.

The Jewish arrivals began to change dramatically the cultural, and particularly musical, landscape of those cities.  In time, they became part of Russia’s academia and intelligentsia, rising to the top of the country’s political and cultural leadership.

In 1862, Anton Rubinstein founded the St. Petersburg Conservatory, which provided modern, westernized musical education for talented young Russian, as well as Jewish, students.  It also offered a training ground for the important composers of the time, such as Rimsky-Korsakov, Tchaikovsky, and others.  As decades went by, the St. Petersburg Conservatory, as well as the Moscow Conservatory, founded by Anton Rubinstein’s brother Nikolai, produced virtuosos which became American household names, including pianist Emil Gilels; violinists Mischa Elman, David Oistrakh, and Yascha Heifetz; and cellist Gregor Piatigorsky.

Jennifer Podolsky, the East Brunswick Public Library Director, will open the event.  Rabbi Esther Reed, Senior Associate Director of Hillel at Rutgers University, will introduce the program.  Glen Dynner, Professor of History and Chair of Humanities at Sarah Lawrence College, will give an overview of the history and culture of Russian Jewry.  Rabbi Bennett Miller of Anshe Emeth Memorial Temple in New Brunswick will reflect on the influence of Russian Jews on American Jews and America. The musical part of the event will feature TOPP (Tales of the Past Promoters), an ensemble specializing in Jewish music of Eastern Europe.  Dr. Tamara Freeman, ethnomusicologist and violist, Dr. Michael Kesler, cantor, David Schlossberg, pianist, and Dr. Susan Hornstein, alto, will offer selections of Jewish music of Russia from the 19th and 20th centuries, echoing the cultural history of the Jews of those times.  Tamara Freeman will be featuring a viola of 1935, rescued from the Holocaust.  Michael Kesler will present a classical selection in bel canto style.  MaryEllen Firestone, former director of the East Brunswick Public Library, will pay tribute to the late Karl Kaplan, a library benefactor. The Jewish Federation in the Heart of New Jersey and the East Brunswick Jewish Center are co-sponsors of this free event. 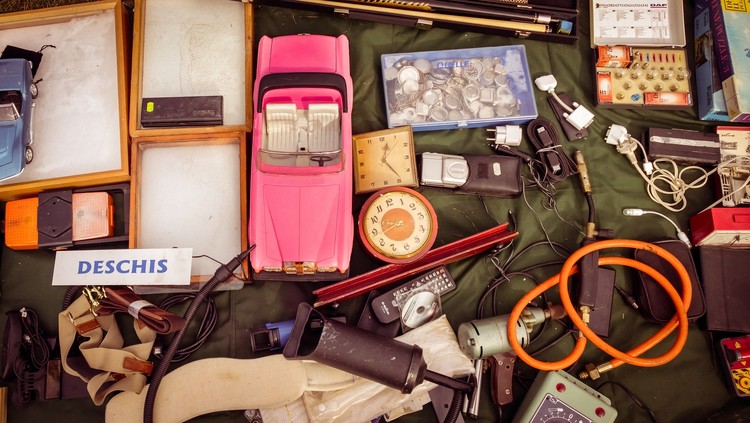 The fee for a double parking space is $20. Additional spaces are available for $10 each. No registration or pre-payment will be accepted.

Spaces will be assigned the day of on a first-come, first-served basis. Sellers can begin setting up at 8 a.m. A charity truck will arrive at 1:00 PM for unwanted items. 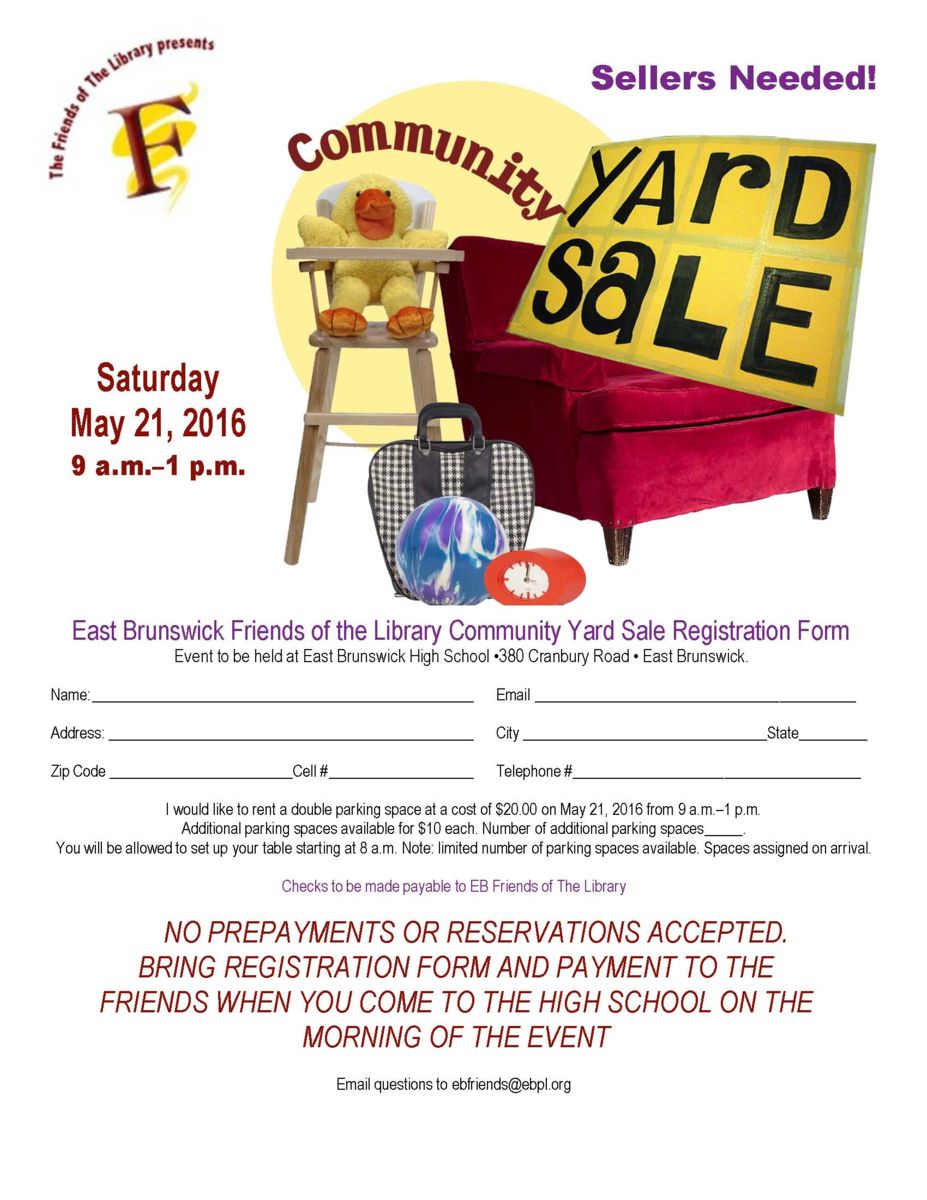 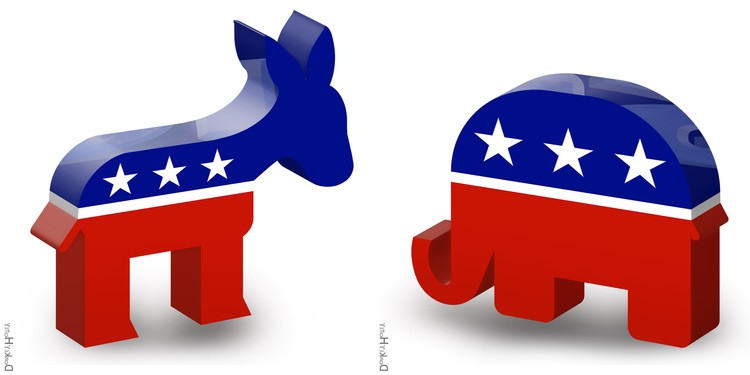 Political Polling at the 2016 Presidential Election Lecture May 25


Learn more about political polling from Timothy Tracey of the Monmouth University Polling Institute on Wednesday, May 25th at 7:30 p.m. Read More

This presentation is part of the Friends of the Library's Spring Meeting.


The teens from Dobby's Favorite Sock, the East Brunswick Public Library's Harry Potter Alliance Chapter, in partnership with New Jersey's Bridge of Books Foundation, will be collecting books at the library throughout the month of May. The group will be collecting new and very gently used books for all ages to give to those in need this summer. Read More

Bridge of Books provides an ongoing source of books to under-served children throughout New Jersey in order to support the development of literacy skills and encourage a love of reading. Look for collection sites in the children's department and at our local East Brunswick public schools.  The HPA will also be hosting several events this month to encourage donations.

The library will be invaded by wizards! Wizards are coming from all over the magical world in the hopes that you will read to them.  This program is open to all school age children and we encourage you to bring your book donation for the Accio Book Drive to the event.

Come to the library to test your Harry Potter knowledge!  We're bringing back the popular Harry Potter Trivia Night for all ages this year.  All are welcome, but make sure you have read all the books to avoid any spoilers.

Teens are invited to the library to share their Harry Potter fan fiction! The library is hosting a fan fiction contest. Teens should submit their fan fiction entries to dobbysfavoritesock@gmail.com by Saturday, May 21st.

For more information and rules about our fan fiction competition, please see the library's teen page and calendar for more details.

Participants are encouraged to bring a book to donate to all the Harry Potter themed events at the library this month. 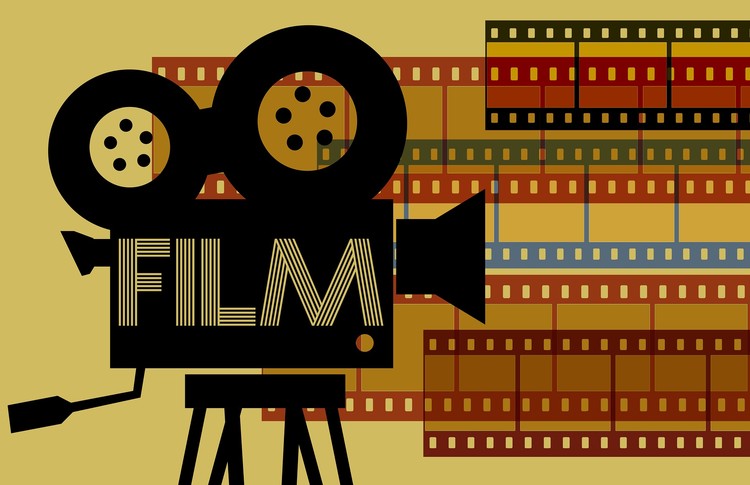 
Join others interested in creating films this Thursday at 7PM. Whether you want to act, film, write, or edit, this group is for you. Ages 18+ are welcome. Read More

Please fill out the following survey so we know your interests!

"Jews of Russia" Program May 15

Political Polling at the 2016 Presidential Election Lecture May 25