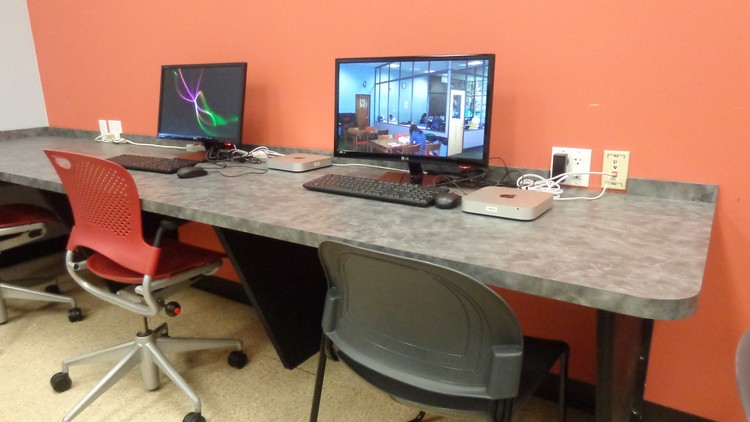 The East Brunswick Public Library’s EBPLay Media Lab has all the tools residents need to get creative and sharpen their own moviemaking skills. With five Mac computer work stations, all with Final Cut Pro and iMovie, the possibilities are endless for patrons. To celebrate the addition, the library will hold a ribbon cutting ceremony at 7 p.m., Thursday, July 10. Stopping by will be East Brunswick’s award winning filmmaker Zack Morrison. Morrison will show one of his films and discuss the various challenges he encountered it its production, as well as his own creative process.

After graduating from the East Brunswick High School in 2010, Morrison attended Rutgers University where he got a degree in Journalism & Media Studies, as well as a double major in a hand-crafted filmmaking curriculum. Zack has screened his work internationally the last two years at the Cannes Film Festival, as in festivals around the United States including Las Angeles, New York City and New Jersey. Recently, he was the recipient of a lifetime achievement award from Campus Moviefest for his various projects as an undergraduate. Professionally, Zack has worked on films for MTV and ESPN. Beginning next fall, Zack will begin pursuing his masters of fine art in directing from Columbia University in New York City.

In addition, teen residents will have no time to waste when taking advantage of the EBPlay lab. The Record.Play film competition invites teens to create a “trailer” promoting the services, collections and programs of the East Brunswick Library.  The library will share the results with the community at the Record.Play Film Festival on Sunday Sept. 7.  At the end of the Festival, the judges will announce the 1st, 2nd, and 3rd place winners.   The complete set of guidelines is available here.

There will be an information session for teens interested in participating in the competition Monday, July 14 at 7 p.m.