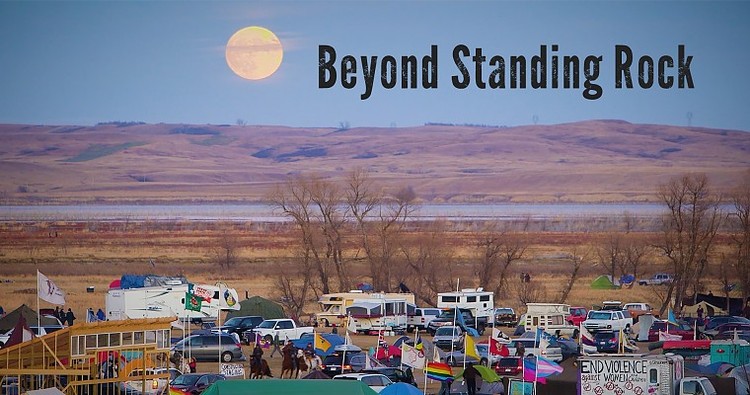 
The library is screening the 2017 documentary Beyond Standing Rock on Thursday, September 7 at 7 pm. Beyond Standing Rock takes a close-up look at the controversy on the front lines of the Dakota Pipeline. The film investigates the collision of energy development with Native American rights and sovereignty.
Learn More

It shares three stories focusing on the Standing Rock Sioux and the Dakota Access Pipeline, the Southern Ute Tribe energy development, and a coalition of tribe sin the Four Corners region, fighting for control of the Bears Ears National Monument.

Following the screening, there will be a question-and-answer session with the film’s producer Leigh Paterson. She has reported for TV and radio as a one woman show freelancer for BBC News, BBC World Service, PRI’s the World, ABC-Univision, Agence France Presse and CBC News.

This program is co-sponsored by the East Brunswick Human Relations Council & the Friends of the Library.