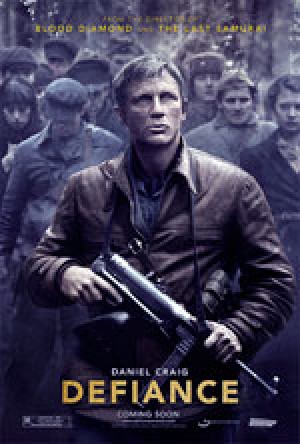 
View the film “Defiance,” the story of Asael, Tuvia and Zus Bielski who saved more than 1,000 Jews during the Holocaust
Sunday, June 7th from 2 to 5 p.m.
During World War II, Asael, Tuvia and Zus Bielski saved 1,200 Jewish men, women in children from dying in the Holocaust by hiding them in the dense forests of Poland. Learn more about their story during a showing of “Defiance,” an American film released in 2008, on Sunday, June 7, from 2 to 5 p.m. at the East Brunswick Public Library. Directed by Ed Zwick, the film tells the true story of the brothers Bielski. Following the film, listen to the story of Molly Kaplan, whose mother was saved by the Bielski brothers. Sponsored by the Friends of the Library.