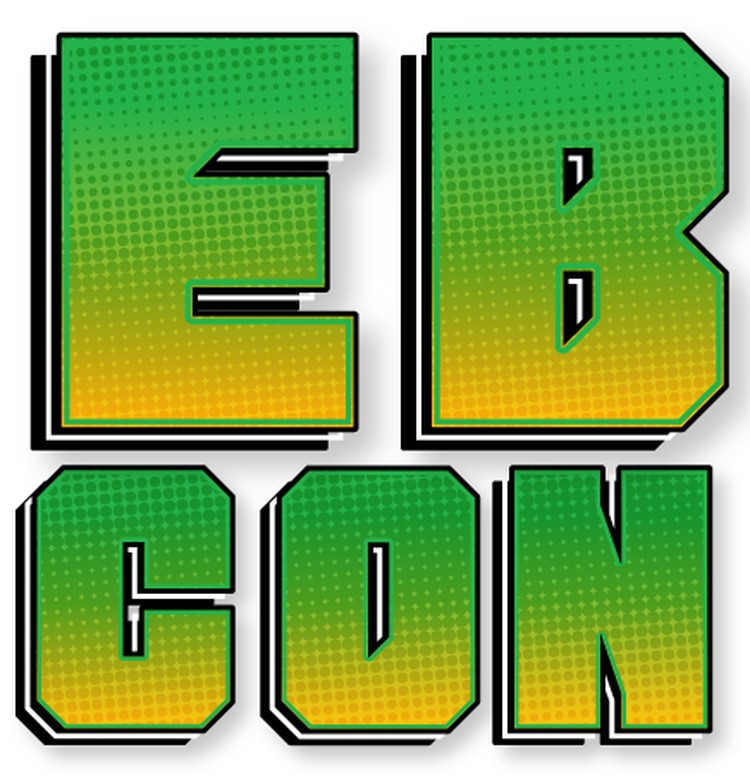 
Join the East Brunswick Public Library for EB Con! It will be an afternoon celebrating comics, fandoms, cosplay, gaming and more!

Join the East Brunswick Public Library on Saturday, December 3 for EB Con! It will be an afternoon celebrating comics, cosplay, gaming and more! It's a day for everyone to celebrate all of our favorite fandoms. The event is from 12-4 pm and features several different programs throughout the day. Check back often, as we finalize our schedule!

Fred is the writer of The Comic Book History of Comics, and will discuss his book at 1 pm in our meeting room. Ever wonder about the history of comics? Fred will be giving a quick, fun look at all you need to know about the incredible story of how comics, graphic novels and manga came to be. And if you have questions about comics, the comics industry, or comics history, come and get 'em answered!

Come test your Harry Potter knowledge at 2:30 pm. All books, movies, and plays will be covered, so spoilers ahead! Bring your own team or be matched with others! Tickets will be given out 30 minutes before the event.

Amado Canlas Pinlac (also known as ACPin on Facebook, Flickr, Google+ and YouTube) has been building LEGO creations in various themes for over fifteen years. His works have been featured/blogged in various online LEGO fan sites/forums and published in the Lego Star Wars: The Visual Dictionary, Steampunk Lego books and BrickJournal magazines.

He's been an active member of local/international Lego forums/sites and has exhibited his works in Lego stores, public conventions/shows most recently in BrickFair Virginia (August 2016) at Dulles Expo Center and in PlayFair NYC (February 2016) at the Jacob Javits Convention Center.

Indie game developer David Rin is showing off Bit-Journal Games latest project Eternal Jupiter. This sci-fi game is a vertical shooter that mixes in some hack and slash elements for good measure, allowing you to save the planet Jupiter from a tyrannical government enslaving its inhabitants. You can find more information about Eternal Jupiter here.

Deanna got her start in comics working for Wizard: The Guide to Comics interviewing many comic professionals and researching, writing, and editing articles for the magazine. From there, she worked as a freelance editor for Dreamwave Productions, working specifically on their Transformers line of comics. Her most recent work can be found in Rusty Metal Media's The Dark Reaches Volume 1, a horror anthology graphic novel in which she collaborated with The Walking Dead's Rus Wooton. Her articles and short stories have been featured in print and online publications in various industries and genres. She has also served as copy editor for many independent comic books, magazines, websites, and role-playing game books. She has an obsession with all things horror, specifically the lowest budget horror movies available.

Based out of Central New Jersey, Read Furiously began as a reading blog that soon took on a life of its own as it's creators discovered that they wanted to do more than just read stories. They wanted to celebrate stories and to help bring them to life. This led Read Furiously to expand into its own publishing house featuring graphic novels, prose, poetry, zines, all with a focus on high quality storytelling from a diverse cross section of creative talents.

At Read Furiously, it is the company's goal to create a new generation of readers - furious readers - who view reading as a necessary part to living in this busy world. It is their belief that reading isn't a chore or something we do to show off to others; reading is an activity that brings people together and helps us to make sense of where we come from and where we are going. Each title that Read Furiously publishes is carefully curated to reflect these values. Learn more about Read Furiously here.

We reserve the right to ban or remove any attendees who do not follow the above rules or are creating a disturbance or hazard for other attendees.  Please be courteous and respectful to others, and most of all have fun!

Special thanks to the Friends of the East Brunswick Public Library for sponsoring EB Con!