Marvin Jefferson brings the life of Paul Robeson alive through first-person historical characterization, followed by a Q&A session. Paul Robeson, son of a former slave, was one of the most well-known African-Americans of the 20th century. He was a renaissance man: a social activist, singer, scholar, actor, All- American athlete at Rutgers, intellectual, lawyer, linguist, humanist and advocate for international peace. Paul Robeson's voice is forever connected with his signature song, Ol'Man River, from the film classic, Showboat.

Marvin Jefferson has been building a national reputation for his portrayal of Paul Robeson over the past 16 years. Appearances included performing at both the Nevada and Ohio Chautauqua festivals in 2010.

To learn more about Paul Robeson, The Library has several biographies [B ROBESON, JB ROBESON], as well a DVD in “Documentaries.” 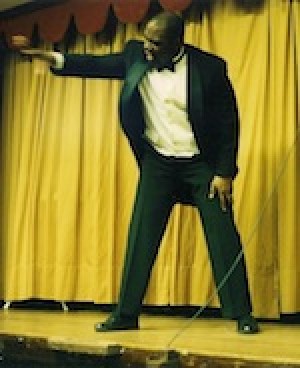