We will look at the progression of folk music in America with an emphasis on going behind the scenes and learning more about the artists and their music – including their inspirations and interpretations. It’s a fascinating journey that links the various phases of the folk music revival from the early pioneers (Woody Guthrie, Pete Seeger, Leadbelly, and The Weavers) to the Troubadours (Bob Dylan, Joan Baez, Judy Collins, etc) to the groups (Peter, Paul & Mary, the Brothers Four, The Kingston Trio, The Limeliters, etc.) through folk-rock including the Mamas and the Papas, The Lovin' Spoonful and many others. Bring your singing voices and join in on these wonderful memories.

Larry Wolfert grew up in Brooklyn in the ‘60’s where he found a special resonance with folk music and clever comedy. Having retired after spending 40+ years in corporate America, it allowed him to delve into these interests with far greater intensity. As a result, for the past several years, he has developed and leads a series of courses as part of the Osher Lifelong Learning Institute at Rutgers University (OLLI-RU) – three of the courses cover 20th Century Comedians and the two other courses are on The Folk Music Revival: Behind the Artists and their Songs. These interactive courses take place in both their Highland Park and Freehold campuses. He recently won the Marlene M. Pomper OLLI-RU Teaching Award for teaching excellence. His passion for music has played a key part in keeping folk music alive in Central New Jersey. He was the founder and head of the Folk Music Club of East Brunswick for over 25 years at the East Brunswick Public Library, a member of the folk duo “The End of the Line” which played local clubs in the ‘80’s, and still is the substitute DJ for WRSU’s Sunday folk show “Home Made Music” for over 30 years. 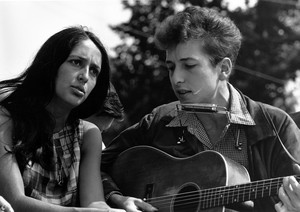