With over 500,000 Jews, France has the world’s third largest Jewish population, after Israel and the United States. More than half of French Jews live in Paris and the surrounding region.

In this illustrated lecture Gary Lee Kraut presents the Jewish history of Paris, along with glimpses of contemporary life, as a traveler might encounter it through various sights and neighborhoods in the French capital. This lecture will attract armchair travelers as well as those wishing to visit Paris.

Kraut will present 25 sights, individuals and neighborhoods that reveal various aspects of the history of France and its relation with Jews. The lecture covers medieval Jewry, medieval expulsions, the liberating laws of the French Revolution, major synagogues, the appeal of France to European Jews throughout the 19th and into the 20th centuries, the Dreyfus Affair, Jewish artists of the 1920s, anti-Semitism, the Holocaust, Sephardic immigration of the 1950s and 60s, major French Jewish figures over the past 200 years, and contemporary Jewish life as the traveler may encounter it.

Gary Kraut has been inspiring and informing travelers to France for three decades. Originally from the Trenton area, he is an award-winning Paris-based travel writer, the editor of the web magazine France Revisited, www.francerevisited.com, and a lecturer on both sides of the Atlantic. His unparalleled experience and knowledge as a France travel and tour specialist has also made him the go-to guy for individuals and travel professionals seeking highly personalized tours, advice and tailor-made events in Paris and throughout France. 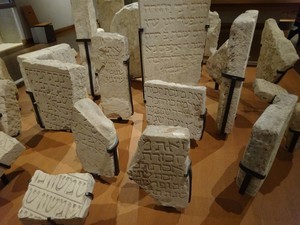